Do you think you’re funny?

The art of stand-up can be defined through its’ goal and purpose: to get the audience to laugh spontaneously. It doesn’t build on structure or characters as much as theatrical comedy. Stand-up happens in the moment, and success depends fully on the feedback of the audience.

The expectations are high for an entertainer in this genre, having to provide a constant stream of laughs. This is very challenging and requires people skills and an ability to sense the atmosphere of any given moment. The pressure of putting yourself in this situation can be intense, but so is the feeling of succeeding. That is the reward, and that is what drives a stand-up comedian to practice the art. A comedian needs a thick skin, and must accept that failure is a part of the job.

The roots of stand-up comedy can be traced to the United States and Great Britain. It is a relatively new phenomenon in Finland, although something reminiscent can be traced all the way back to the 14th century, when noblemen paid people to entertain them with stories and jokes. Stand-up comedy in its current form didn’t arrive in Finland until the 1990′s. In the last couple of years we have seen a rise in the popularity of stand-up nights, including ones that feature acts in English.

Shaz Rahman practices as a comedian in Helsinki. His  English spoken jokes can be heard at the night club and restaurant Pacifico, where he organizes a monthly event called “Lolski presents Shaz’s Comedy Nighs”. This year he also participated in the Comedian of the Year-Competition, even though he has only practiced the art of comedy for 15 months.

Shaz is originally Bangladeshi, but has lived in London, England, where he met a Finnish girl and decided to take a chance in life here in Finland, of all places.

Shaz, can you remember the first time you made someone laugh?

– Hahahahah! I was 9 or 10, and being the fat kid with glasses, I fell into the habit of telling jokes and enjoying the response. It’s a form of approval which was something new for me then. So I kept going. I can however be quite serious too – I think it’s annoying to be around someone who is always joking.

When did you get the idea you wanted to be a comedian?

– I decided at the age of 18 to get into comedy, but my friends thought it was a bad idea. Peer pressure was a big deal back then. So I put the idea out of my head.

But about 18 months ago I saw an English speaking comedy show  happening in Helsinki, and it reignited my interest. I have to say that I really push myself to improve and write more as I feel I have to make up for lost time. So it’s not a bad thing I didn’t start earlier.

Do YOU think you’re funny?

Where do you get your ideas for your jokes?

– From people, from life, from silly little things that will spark off an idea. Ideas have to resonate with other people, not just yourself. So it’s no good to just say “this interests me”. It’s better to say “there is something about humanity in this”.

Has anyone ever been hurt by your jokes?

– Very rarely. I hate the idea of hurting someone’s feelings. I think if I tease someone, they should laugh along at the joke as well. But I accept that I fly close to the sun, so there will be mistakes. But that’s the only way to perform.

Is it possible for you to make a living doing comedy?

– Well luckily for me, I don’t have to worry about performing to earn my income. But I can see the potential of it and it’s kind of weird to think that you can do something you love and get paid for it. But then I’m doing a lot of gigs where I get nothing but practice time. So it’s like any business, the cream rises to the top. But in this business getting to the top means getting paid. So it’s a nice validation. I’d rather not put the pressure on myself to earn my only income through comedy. I think it would take the joy away from it. But to supplement my income is definitely a good balance.

Do stand-up comedians have to humiliate themselves often?

Failing on stage is a humiliation. It should be a learning experience. Unfortunately it doesn’t seem to have any effect. Which I don’t understand. If a performer is weak regularly, that person should evaluate the situation to it’s very core. But people are afraid to ask big questions about themselves. So they carry on, being mediocre, not wanting to damage their ego. So the answer is yes, it happens, and you should learn from it.

– I went with some new stuff thinking it was a good idea, and I think it was semi-decent. But it was untested. So I hadn’t worked out the kinks. From a performance point of view, it wasn’t as good as it should have been. But I’d rather try new stuff out than to go there with old worn-out material for a national competition.

What do you think it takes to be a good stand-up comedian?

– Hard work, vision, creativity, thick skin, confidence, communication skills. In no particular order.
Shaz Rahman’s dream for the future as a stand-up comedian is to travel around the world and perform. Whether it’s possible or not, that’s what he is working towards.

I see it as a dream that could come trough. After only 15 months of practice he has already performed in various places in Helsinki, hosting his own night and visiting other cities regularly, making people laugh. He is versatile and funny, switching between Indian and British accents. And as we saw at the Comedian of the Year -competition, he’ll even make you laugh with a German accent. 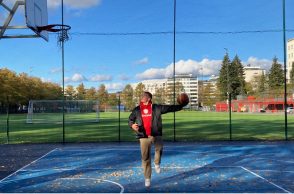 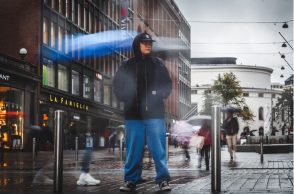 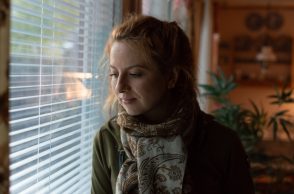 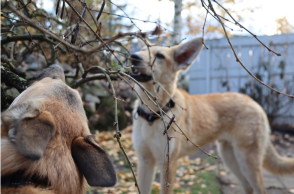